We don't do nearly as many art projects in school as we should. My fault. I lack the patients it requires to pick up the millions of pieces of scraps kids somehow create, and I still can't seem to get the "washable" marker off of my kitchen table! But the kids and I came up with the idea to make noise makers for Austin's first baseball game. Here's what we did: 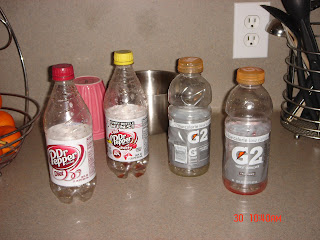 grabbed a few empty plastic bottles from the recycling bin 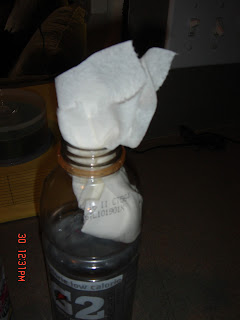 washed and dried them (I stuck the paper towel in there to help snatch the moisture. I learned this neat trick somewhere, can't remember where. I also fold one and put it in the bottom of the garbage can after I wash the can to prevent that old wet plastic smell!) 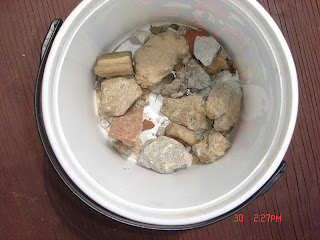 We went on a nature walk and collected pebbles, and Abi started a rock collection 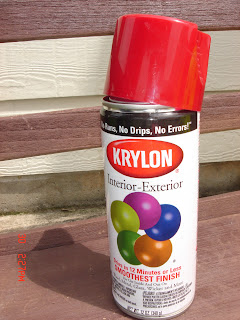 I already had red spray paint on hand, although I can't remember what I used it for before!!! 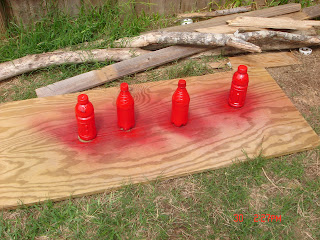 Then we sprayed!
I forgot to get a picture of the finished product, but they were a hit at the game!!! Austin would remind us from the dugout box to shake them when he gets up to bat!!!
It was an awesome game to open the season! If I remember correctly, Austin had 3 RBIs and hit a double. He also scored once. His team, the Vipers, beat the D-Backs (which coincidentally was his teams name from the fall season) 25-7. 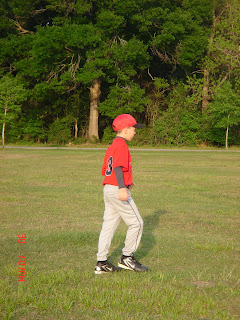 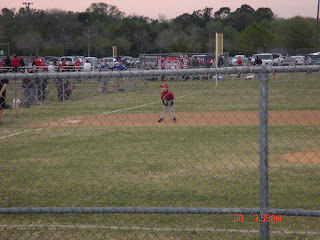 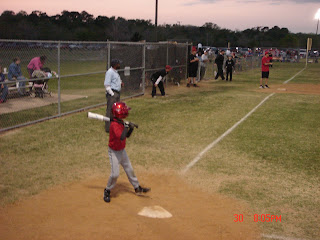 BATTER UP!
Abi even had a little fun with the other little sisters! They happened to find a toad deep in a hole...poor little toad! 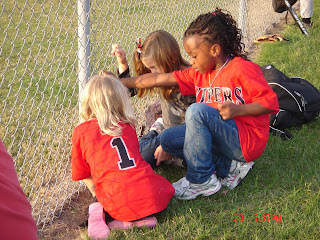 The girls watching the toad, I think they were trying to get it out of the hole!
﻿ 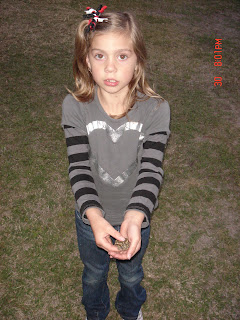