Mark's grandpa, Papa, turned 81 this month and of course there was a Brewer gathering. Normally we all head to his ranch, but this time Mark's dad and Wendy offered their casa up.

I love Papa! He has some of the neatest stories I have ever heard. Just listening to some of his childhood stories are captivating. Also, he and Mark always have some back and forth. Mark picks on him, but Papa turns around and gets him back, and that keeps me laughing! 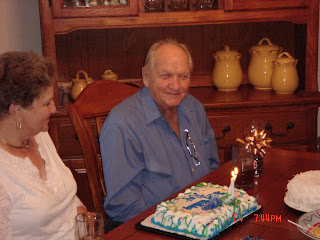 Papa and his cake! 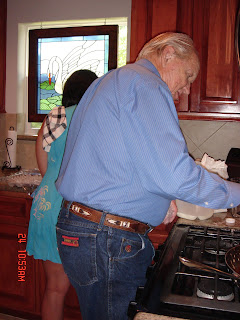 Papa still gettin' stuff done! I hope I am still up and about when I'm his age!!!
It was so awesome to see everyone. Aaron and Georgiet even drove in from San Angelo. They got here late Wednesday night and left Sunday night. There boys, Zay and Bastian, are getting so big, and are SO cute!!!! Zay is sweet and quiet. Bastian is louder, but very loving (he always gives hugs). Ausitn and Abi had tons of fun playing with the boys. Zay asked Aaron Saturday if they could stay "for just 6 more weeks"! 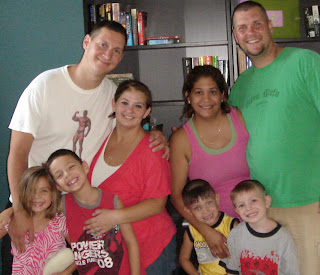 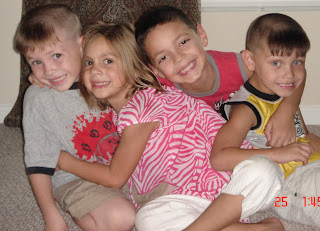 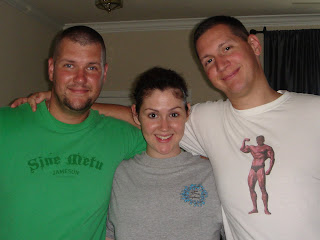 I have been trying so hard to come up with creative and fun things to do with the kids. I was over thinking it.Today, while cleaning out the fridge, I suggested that the kids and I take some old hamburger buns to a nearby neighborhood lake to feed the ducks. It turned out to be one of the best ideas I think I've ever had!! As we were pulling into the lot, I was a little worried that it was maybe too hot for the ducks to be out. I could only see two or three, so I was wondering where they were. We parked behind some hedges, so we were blind for a minute. I turned the corner and was nearly attacked by as many as thirty very hungry quacking ducks!! Austin and Abi were giggling so sweetly! The bread went very quickly. Austin said that one refused to wait for him to drop a pinch, and jumped to eat it out of his hand. There were also close to twenty red eared sliders, an aquatic turtle. I only know that because we googled them as soon as we got home so we would know what they eat for our next visit. They were huge!! So, a simple visit to a duck pond turned out to be one of the funnest things we have done all summer. 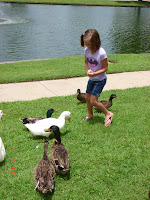 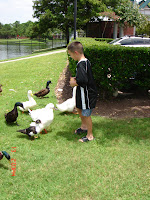 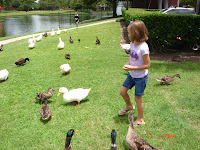 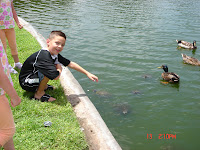 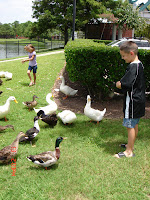 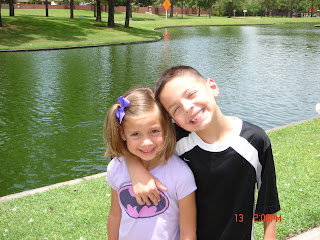 Posted by The Brewers at 9:12 PM No comments:

The 4th and Moving on 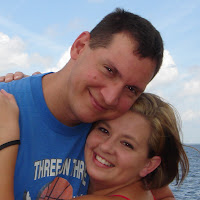 Our 4th of July was a lot of fun this year! We went to Jewett, Texas to visit my parents and see lots of family. I met my niece, Jacalynn, for the first time, too. Everyone on the roster: Grammy, Papa, Aunt Lulu, Uncle Kieth, James,Ronda, Cheyenne, Justin, Paris, Uncle Rusty, Uncle Chuck, Aunt Debbie, Courtney, Hailey, Bubba, Jimbo, Rita, Jacalynn, and Alisha. It was a full house. We stayed up late, flipped through old photo albums, talked about old stories, and caught up on our lives now. It rained most of the weekend, so most of the time was spent indoors. We did eventually make it out to the lake for a peep at the beautiful scenery! 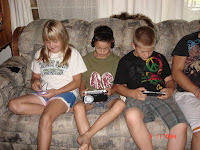 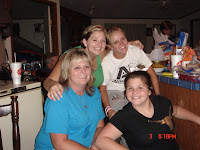 Me, Courtney, Aunt Debbie, and Cheyenne 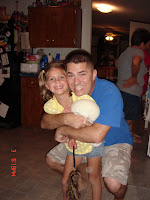 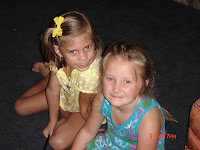 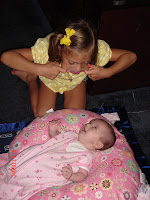 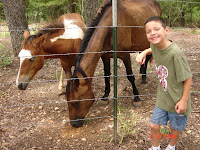 Austin and the horses 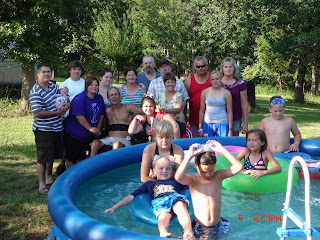 The whole group
I am done with summer. Unfortunately, I live in Houston, Texas. This means that I still have several months of not only hot, but very sticky weather left! We have been pretty lucky this summer, it has been raining A LOT! Even though the hotness hasn't been that bad, I am ready to move on to the fall. The fall is, after all, my most favorite season. So, even though Houston's weather will not catch up with me until much later, I am moving on to the fall. Homeschooling is on my radar, I am getting geared up by getting things organized! There is a homeschooling conference at the end of July, I know what curriculum I am using, and I know what I want to do in the house to make it more HSing friendly.  There is lots to do, and much to look forward to.
Posted by The Brewers at 9:52 AM No comments: