Two months is WAY too long to go without blogging. After all, I am keeping this blog for a journal for the kids when they are older. I may even try to be a cool mom and have it printed out one day!

So, lots has happened since Christmas. New Year's came and went. On New Year's day Mark and I took the kids to the Houston Children's Museum where they did a "family style" count down at noon instead of midnight. 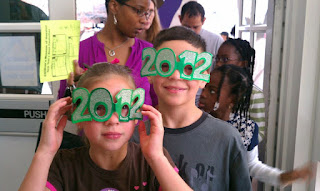 After the museum, we headed a couple of blocks to Herman Memorial Park. If you've read my blog at all before, you would know that I LOVE Herman Park. It is absolutely BEAUTIFUL!!
In January, I celebrated an awesome friend's, Sarah's, 30 birthday. Although, I need no excuse to get together with all of these awesome ladies (and hubby's too)...I love them each dearly!!! 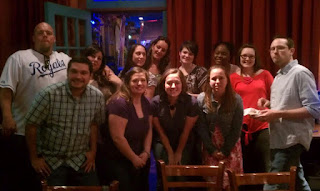 Typing this out, I see that January was more busy than I remember it being! Another volunteer, Amy, and I took a trip to Orlando, Florida with our church's executive pastor, children's minister, and preschool minister. We attended the Children's Pastor's Conference. It was surely rejuvenating! I feel like I came home with a renewed love for children's ministry! We were able to attend a few training sessions each day for topics ranging from loving on your volunteers to loving on babies! I bought several books that I haven't really gotten to dive into yet (maybe summer by the pool?) I also bought Austin the Action Bible. It's a Bible written in a comic book form. He has already finished it!! So, many great things have come and are yet to come out of that trip! 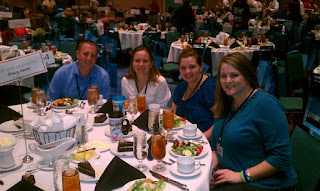 One of the few pictures I remembered to take: Tim, Lizzie, Me, and Amy 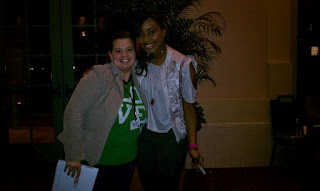 I had the AWESOME opportunity to meet Jamie Grace at the conference
Austin and Abi also started the spring semester with our co-op, First Class Homeschool Ministries. They were totally stoked about returning! This semester, Austin is taking: PE, All Things Boy (a class with first aid, building stuff, and hanging out with other boys his age), and Exploring Space. Abi is taking: Artistic Pursuits (another art class!), Swimming Creatures, and Exploring Space. So far, they are both loving it!! I like it myself, although I won' lie, I can't wait to be able to sleep a little bit later on Fridays!!!
﻿
﻿ 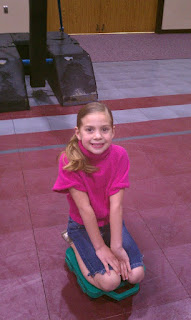 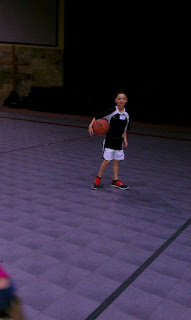 Austin, first day spring semester 2012
This semester in Friday school, I am teaching Computer Basics and the All Things Boy classes. In All Things Boy, we had one of our good friends, John Taylor, come and share some first aid and safety tip with the boys...essential for a class that we will be building stuff in! The boys enjoyed the lesson so much. Austin still wears his make shift arm sling aka bandana around the house sometimes! 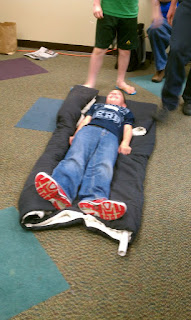 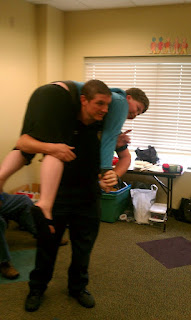 ﻿
And a fireman carry
Also, while we're on the subject of school, Austin has been learning about writng a personal narrative (planning/rough drafts/final copy), adding and subtracting unlike fractions, World War I & II. and acceleration, speed, and velocity. Abi just finished a unit on multiplication, and is now learning fractions. She also learning about prepositional phrases, nouns, and plurals in english. In social studies, she has been reading about Colonial America and working on map skills. She has one more lesson in her current science book before she moves to the next book in the series. They both have been doing a '30 day drawing challenge' that they will both finish up this week.
One of the biggest highlights of February has been Mark's brother and sister-in-law, Aaron and Georgiet, moving back to Houston. Aaron separated from the Air Force and they left their duty station in good ol' San Angelo, Texas! We have spent almost every weekend with them since they returned. Most of all, Austin and Abi can't seem to get enough play time with their cousins, Zay and Bastian (Xavier and Sabastian). I am so grateful to have them back!! Them returning has meant a lot of help on projects we have been trying to complete around our house. We installed a new sink faucet in the kitchen...and when I say 'we', I really mean Aaron did while we watched cluelessly!!! They have also been helping with our remake of the AJBs rooms. So far, we have painted the rooms and put up chair railing. We still have a long way to go before we are done though! 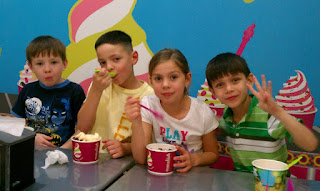 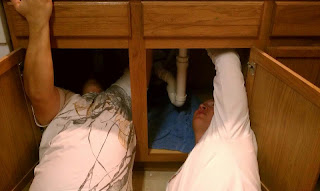 Aaron and Mark working on the sink
Two more big topics to cover and I'm done! January 26th is Austrailian Day. It's like 4th of July for Aussies! Kathryn, a good friend and member of our small group, is an Aussie. She catches a lot of flak for being the only Aussie in our group, so it only seemed fitting that she get a party! Again, I'll take any reason at all to hang out with our group....LOVE YOU ALL!!! 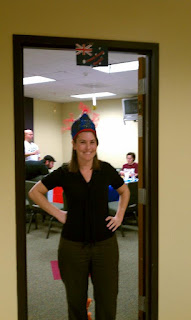 Kathryn in her Aussie crown! 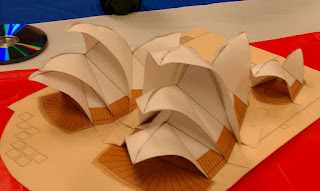 A replica of the Sydney Opera house (courtesy of Kim!) 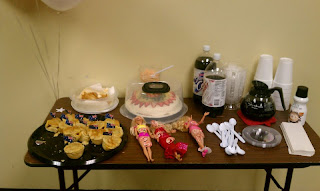 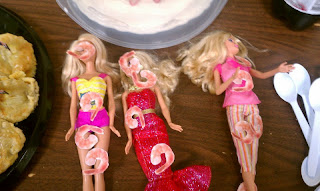 And my personal favorite...shrimp on a barbie!!!!
On to one of my favorite things to post about...BASEBALL!!! Austin recently had the opportunity to meet a few of the Houston Astros through the Astros CAREavan, a traveling baseball camp. Of the few he was able to meet, he was most excited about meeting the Astros short stop, Jed Lowrie! 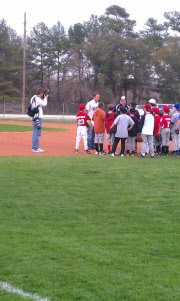 The players getting tips from Jed Lowrie 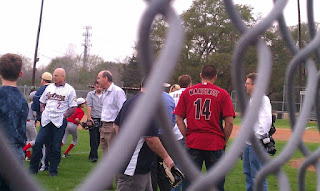 Kids getting to meet JD Martinez 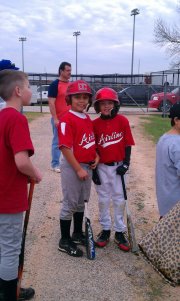