Cars are not something I know a lot about, but something I enjoy being around. I have some very good childhood memories of summers spent with my Aunt Debbie and Uncle Chuck that were filled with racing and rebuilding my Uncle's race car. Almost every summer, my sister (sometimes my brother) and I, would catch a flight (pre-9/11 was so much easier to do this!), or my mom would drive us, to Odessa, Texas. I was born there, and lived there with much of my family until second grade. Odessa is not a town with much to do and is the closest I have gotten to a desert waste land, but I love going there. I love the memories that I have from there. There were many hot summer days and nights spent at the race track. The excitement of cheering on my Uncle is not something that I enjoyed as a child, but I look back now and cling to those memories of being with family and the times that we shared. I think it is these memories that have created my desire a to drive a Mustang. So, for a little over a week now, I have been a proud owner of a baby blue Mustang! 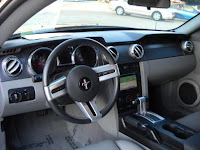 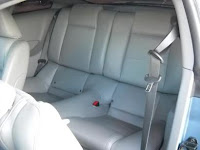 What we're workin' with!

There will be no pictures with this post, just a sweet story of my two babies that I wanted to have on record. Today while me, Austin and Abi were running an errand, Abi asked me to turn down the radio so she could tell Austin something. So, I turned the radio down and Abi said, "Austin, I just want to tell you thank you for always helping me, I wouldn't be able to do anything without you. Even though sometimes I'm mean to you, you still help me and I just want to say thank you." I love when Austin and Abi are so sweet to each other, it makes my heart melt!
Posted by The Brewers at 10:41 PM 1 comment:

Most of you know, after much encouragement, I decided to open an ETSY store and start selling some of the clothing items, etc. that I make. I really enjoy sewing, it's what I do when I am supposed to be "studying" for school! I enjoy the time to myself. Since Mark put lighting above my sewing table, I can actually see what I am doing at night! The excitement of browsing fabrics and putting them together to make that perfect blanket or outfit is worth the back and neck pain at the end of the day. My new best friend, the serger (Sergio as I call it) have become a well oiled machine and have managed to produce two outfits for my shop all in the last two days. I found some great fabric today for my project starting tomorrow after a much needed good night of sleep. Here are the finish products: 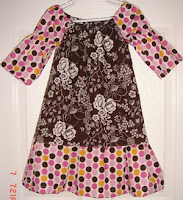 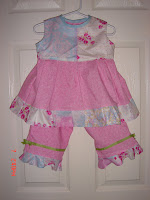 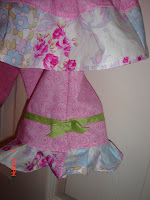 New years and I defeated the serger!

I have been looking forward to a New Year...there's just something about beginnings that excite me! On Tuesday, December 29th, Mark, me, Austin, Abi, Kenzie (Mark's little sister), Bandit and Peaches all piled into the truck and made the 6 (or so) hour trip to San Angelo, Texas. We reached our destination around 11:30pm...and even though we were exhausted...we stayed up visiting until about 4am!! Only to get up the next morning at 630 and make a 2.5 hour trip to visit my Uncle Chuck and Aunt Debbie in Odessa, Texas. We spent most of Wednesday catching up with them, then enjoyed a yummy lunch, and more chatting! I used to spend almost every summer while I was growing up with them, so it was really awesome to spend some time with them! Abi and my cousin are a few days apart, so they always have fun together. While I was away in Arkie, I missed a lot of time with them, it was so great to see them! That afternoon, we traveled back to San Angelo to watch Xavier at his basketball practice. He was so cute, one of the smallest on his team...but very good! Thursday we spent the day just hanging out. We also made one of my favorite foods, lumpia!! Then we waited until midnight and toasted to my favorite wine that Wendy introduced me to, super yummy stuff. Friday we spent the day hanging out again, same as Saturday. Then we packed up and headed back home. It was such a fun trip. Bastian and Xa are getting so big. Bastian at one point came up to the room where Mark and I were staying and informed me that he was the one responsible for making our bed for us...then he told me that he was going to by me some courage...He's a very funny little guy!!! It was nice to catch up.

We got home around 1030pm Saturday evening, unpacked and hit the hay. Sunday morning, just Mark went to church because Abi woke up with a tummy ache. Monday and Tuesday I messed around with the serger, trying to get it to work. I thought after breaking two needles before completing even one hem, that I would not be using the serger. I spent at least an hour adjusting the tensions. FINALLY, I got it to work! I finished Abi's outfit this afternoon. I also see using the serger again in my future! 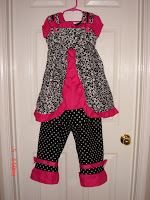 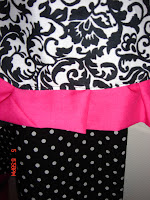 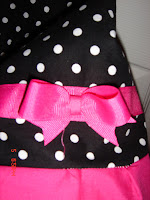 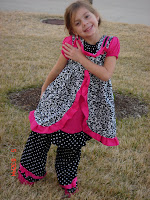 I am so looking forward to a New Year. Nothing really coming up, I just like newness! I do not go back to school until the 19th but Austin and Abi go back tomorrow. That gives me a week and a half to do whatever I want!
Posted by The Brewers at 8:03 PM No comments: