That's right, Mark is officially circling the drain! Yesturday he turned 30. He says that he had a great birthday, and the kids and I enjoyed it too! After work, we took the kids to a Hibachi grill...can I just say YUM! 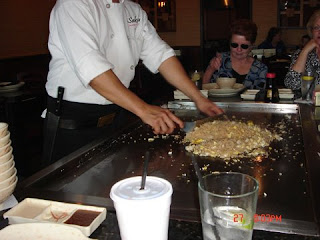 Our fried rice being cooked, the yummiest ever!
I'm not sure if they do it for entertainment or to clean the grill, but they make this big puff of fire...Austin thought it was awesome...Abi curled into daddy, hiding! 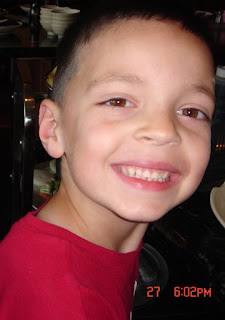 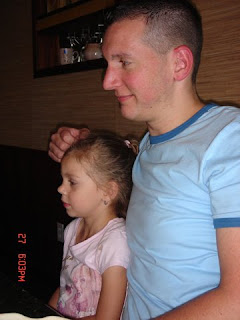 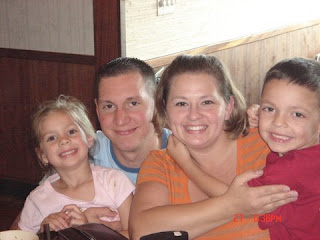 We all left STUFFED!
Then we made our way to the drive in movie theater to see a double feature: Monsters vs. Aliens and then Hotel for Dogs. We started off with the kids in the back of the truck and Mark and I in our folding chairs...but apparently the temperature dropped from the mid 80's yesturday afternoon to the 40's by the time we left the theater. The wind wasn't very helpful either... Before the first movie was half way done, we turned the truck around and were all huddled together in the front seats! 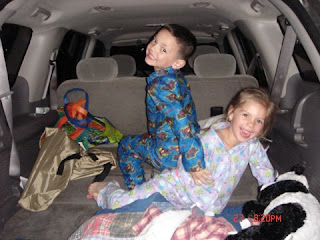 Austin and Abi before the movie started, playing! 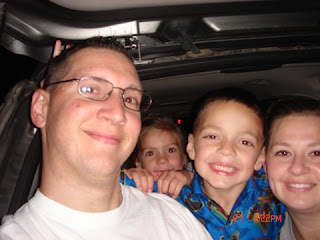 The fam again
Mark, I hope you had a great b-day!
Posted by The Brewers at 2:32 PM

I can't believe how my little Mark has grown. Cats in the Cradle and all that! Happy belated B-day.

Happy Belated B-Day Mark! Looks like you had a great birthday!!! Welcome to the club!