I think I have my sewing fix for the next 6 months. I've really been in a sewing funk lately. It's usually this time of year that I'm making all kinds of spring dress and summer tops. I think it has to do with my preoccupation with mine and Mark's anniversary cruise in July. I FINALLY got my passport...exciting! ﻿Why am I so excited about a week long cruise with my Love, you ask? Because this will be our first vacation alone! We were married June 9, 2001. Coincidentally, I was also in Phase III of my pharmacy training school for the Air Force. Phases in training school were meant to help new trainees re adapt to civilian life after basic training. I was allowed to wear civilian clothes, but I had to be back in my dorm room by midnight on the night we got married. I wasn't permitted to leave again until 4am. So...no honeymoon. NOW do you understand my excitement?!
Anyways, I got off topic a little! My sister, Alisha, asked me to make another quilt for another baby shower she is attending. She picked out all of the fabric and showed me what she wanted. I had her draw out a pattern for the lion. I am okay at drawing some things, but animals and people are unrecognizable when I draw them! This is the finished product of our teamwork: 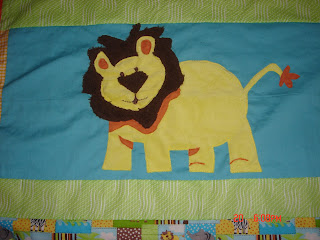 Made of minky and suede 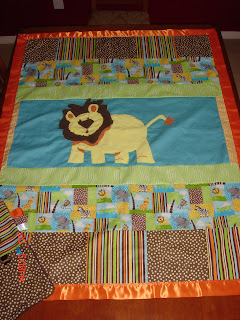 There was a little left over fabric, so I made a taggie to go along
Since I've been on my all organic cooking kick, there have been a few things that I've made that are mouth watering delicious. But none of them compare to dinner tonight!!! I made tacos for dinner. Plain tacos...except that they were organic with FRESH tortillas!! YUMMY!!! I used this recipe, but doubled the butter requirement and used canola oil cooking spray.  I also ended up making 1 1/2 of the recipe listed because we needed a few more tortillas. The recipe listed yields about 7-8 tortillas. They turned out great. So, if you can't tell...I'm encouraging all of you to give the recipe a run! Unless there is some kind of tortilla crisis, I will not by store bought tortillas again! 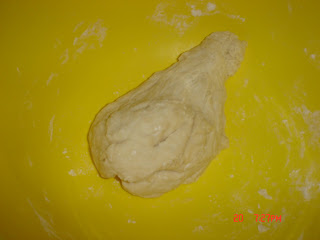 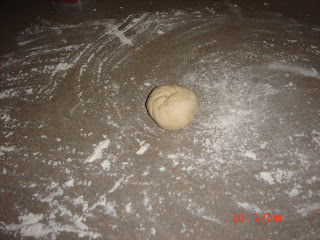 Before the big smash, I used just enough dough to fit into the palm of my hand and rolled it on a lightly floured surface 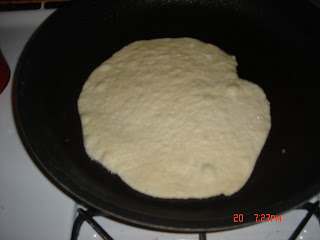 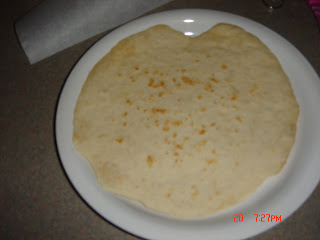