We have been cookin' up quite a few things!! The new diet is going well! We are still having to phase out some food that isn't organic. I found this awesome recipe, along with a few other recipes I'll be sharing, on the Whole Foods website:
Sausage on a bun﻿ 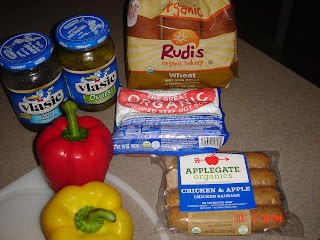 Applegate chicken & apple chicken sausage is the bomb!! It is quite tasty! 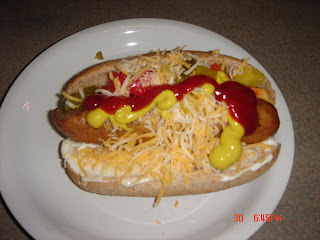 Add to your favorite version of a ball park hot dog!! On mine I had an organic, whole wheat bun, chicken sausage, the homemade pickle relish, organic mayo, organic ketchup and mustard, and shredded cheese. BOY WAS IT GOOOOOOODDD!!!

I also tried out another recipe from the Whole Foods website: 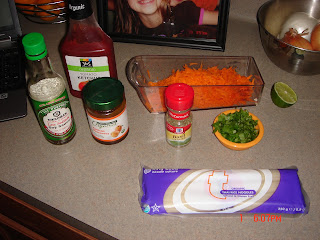 This recipe was pretty tasty too. We had to make it without eggplant because I couldn't find any at the store. Other than that, the only change I will make to the future next time is to use less of the mint. 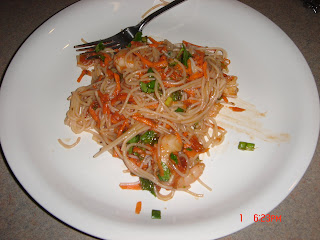 Turned out pretty yummy!
Austin's baseball team is 7-0 for the season, and entered into a tournament this past weekend. The boys played their hearts out and it paid off because they won 1st place in the Great A Metro tournament!! I guess you could say they cooked up a butt-whoopin' on the other teams! We have 3 more games remaining in the regular season and we will play another tournament the weekend of May 21st. 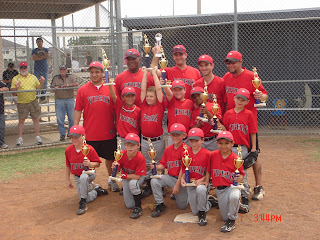 Top to bottom, left to right: Coach Roy, Coach Newal, Coach Braden, Coach Tray, Coach Ernie, Anthony, Chris, Logon, Austin Hunter, Austin, Isaac, Brazos, Ben, Josh, and Cade
As promised in one of my previous posts, our caterpillars are in their chrysalises. We've moved them into the bungalow tent, and it should take 7-10 days for them to change into butterflies. Abi is especially excited to feed them!! Go figure!!!﻿ 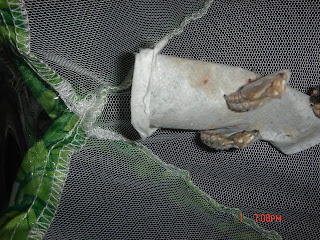