This Thursday the Vipers played their final game for their Spring 2011 season. It was the Championship game. Other than one tournament game that we lost this season, the Vipers have been undefeated. The boys have worked so hard this season. In the off season between the fall and spring seasons...yes, when it was FREEEEEEEZZZZING outside...our boys practice at least 3 time a week for their allotted time. All of their hard work paid off. Here's how it went down: 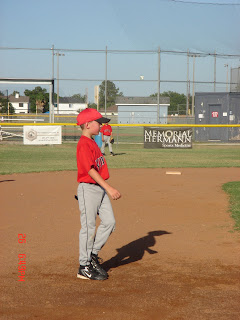 The Vipers came hungry for victory!!!! Especially Austin!!!
They scored the maximum number of runs in each inning, except the 1st inning. The final score was19-8. There were at least two inning that they had three batters up, then three down. It has been an awesome season. 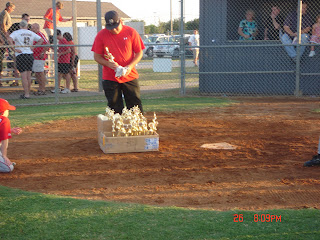 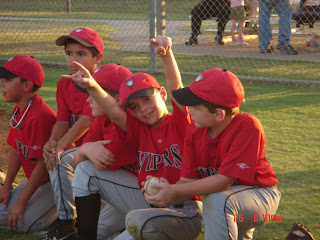 Excited for the Victory!!! 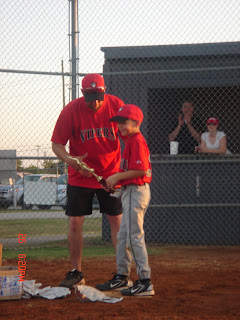 Austin Brewer, third baseman...always will let the team know where the next play is!!! 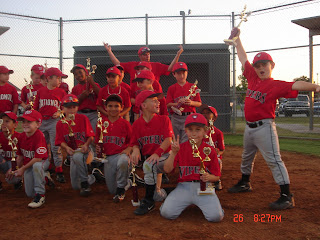 The true nature of our boys! 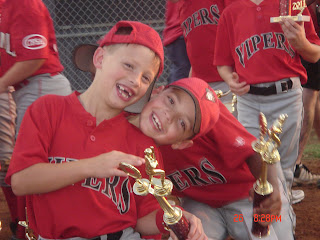 A two-headed ball player!! Brazos and Austin
Even though our regular season is over, a tournament that we played a couple of weekends ago earned the Vipers a slot in the state championship tournament. The tournament is for 5 days in Mesquite, Texas. The Brewers are pumped, and as far as we can tell, so are the rest of the Vipers﻿!! So, please pray for our trip and for our boys. I hope our next update will be about a victory in the state championship!!
Posted by The Brewers at 9:34 PM