That's right, Abi is an artist...and this is one of her many pieces! This morning while I watered the grass, Abi played in the mud. She created this piece with a rock, covered in mud, and then carefully wrapped in a leaf. Before we came inside she showed it to me..."this is my art work mommy, so please be careful with it"! Too funny to pass up for a blog topic... 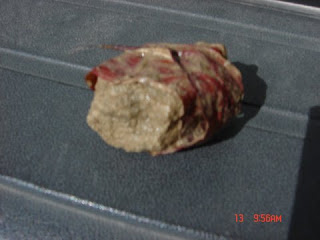 On another note, this past weekend we celebrated Mark M's 30th b-day with a crawfish boil and a day in the country. Austin and Abi had never seen crawfish up that close, so you can imagine how entertained they were. When Mark was putting the live ones into the boiling basket, Abi said, "what are you doing?" Mark said, "I'm going to boil them" to which Abi responded with "that's not very nice you know". They had great day, and were very tired when they got home! 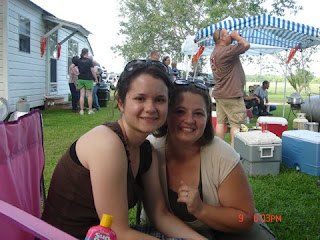 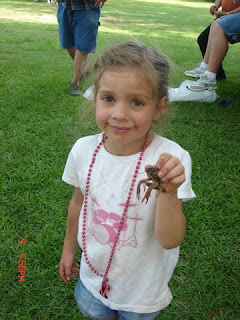 Abi with her new friend 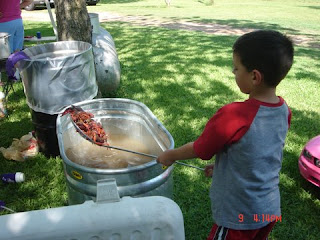 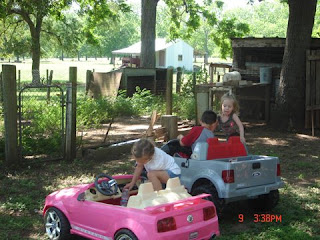 Abi, Austin, and Grace cruising around the farm 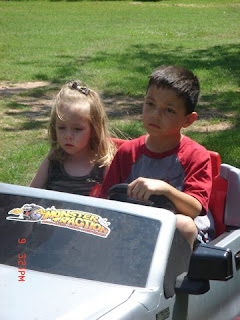 Austin driving Grace around
Before we made it out to the country Abi had another t-ball game...she spends most of her time in the field either playing in the dirt or sitting with her glove over her face! I actually caught her paying attention...once... 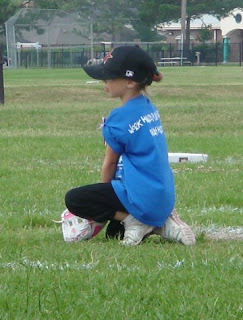 Abi on the field

The 7th was Austin's 7th birthday, we celebrated it the day of with cupcakes and gifts. Friday night we let him invite three friends to go to Chuckee Cheese and then sleep over. Only one friend was able to make it...Austin said "at least I get to have one friend over!" 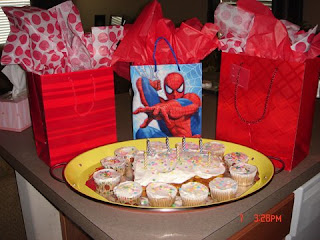 Austin arrived from school to see this!
Posted by The Brewers at 10:48 AM

fun stuff, thanks for sharing. Although at first I thought the art work was a meat loaf, lol. Thanks for explaining what it was, hehe.