I woke up super early on day four. My sister texted me about our dogs (she's dog sitting). One little beep from my phone and I'm up. Once I'm up, I'm up! So, Bastian and I hung out until everyone else woke up. Once the house was awake, the kids bundled up and went to play in the snow. 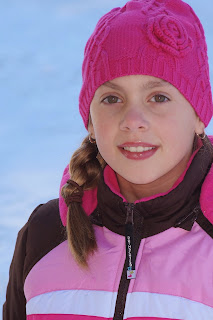 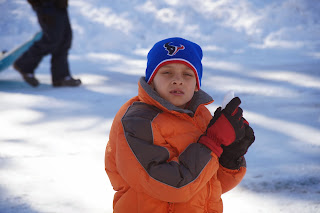 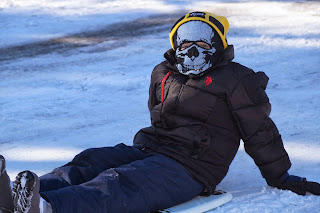 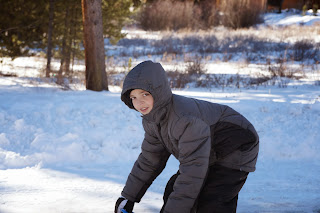 For breakfast we planned to hit up the crepe stand again because of it's yummy goodness! Mark had a bacon egg and cheese crepe. I had a egg, cheese, and mushroom crepe. Austin had a bacon, swiss cheese, spinach, and mushroom crepe. And Abi had a pepperoni  pizza crepe! Stuffed, we decided to cruise Main Street. I love this small town. All the little shops are so cute. Most of the shops sell manufactured items in combination with homemade items. We only got a few shops in before the late nights and walking caught up with me. 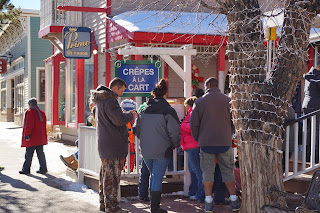 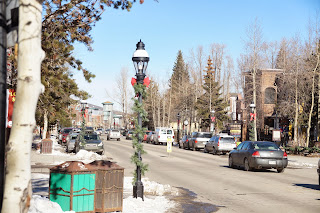 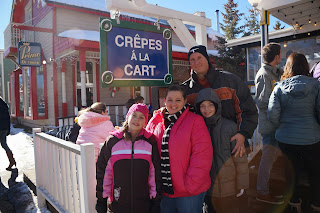 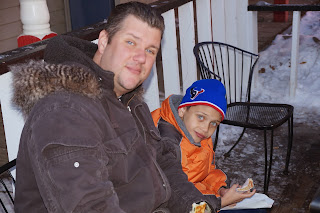 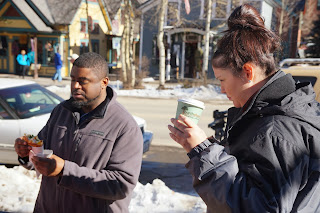 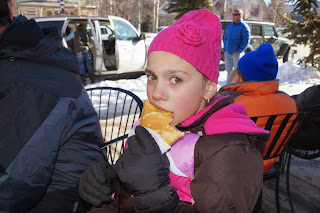 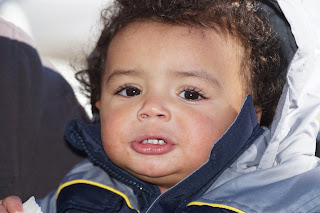 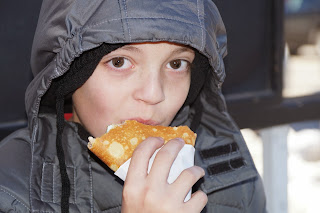 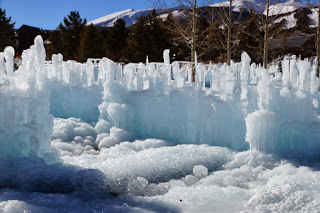 An ice castle the town is in the process of building 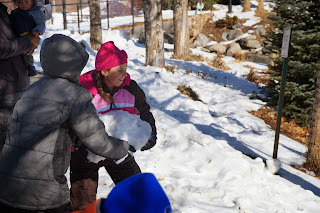 Throwing chunks of ice on to a frozen pond 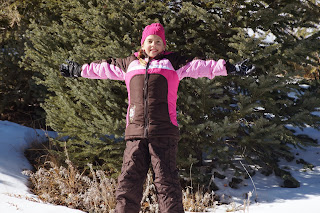 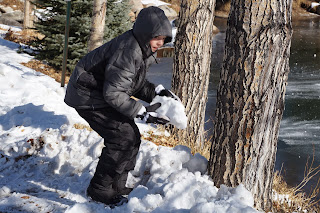 MS sucks. I was so exhausted. I wanted to walk the entire street, but I just couldn't. So, we decided maybe trying an activity that let me sit down would be helpful. We headed to the gondola station. The gondolas are free to ride. Another perk I love about this town! Our group of eight (Me, Mark, Austin, Abi, Aaron, Georgiet, Zay, and Bastian) could all fit in one cart. We hopped on and headed up the mountain. All of the kids were frightened, except for Bastian. He was having a party on his side of the cart!! 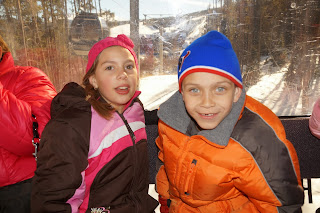 Abi and Bastian on the gondola 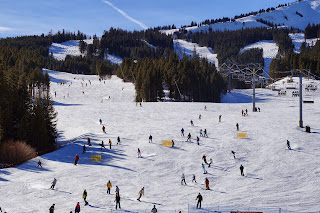 The skiers at the top of Peak 8﻿

After the gondola rides, I couldn't push myself anymore; so, we headed back to the house. I went straight to our room and laid down and slept for a couple hours. The rest of the afternoon we just hung out around the house. We had frito pie for dinner and played games again. Taunya and I were up a little late baking pies for Thanksgiving. I made Austin's favorite, pumpkin cheesecake and an apple pie. Taunya made FOUR pumpkin pies! I'm looking forward to the spread of food on our menu!
Posted by The Brewers at 9:24 AM