We left Houston around 4:30pm Friday afternoon to begin the long, long, LONG drive to Breckenridge, Colorado. By we, I mean our immediate Brewer family (Mark, me, Austin, and Abi) and the Blanco family (Javier, Taunya, Cameron, Remington, and Lyla). To help make as few trips on the trip as possible and save a buck, I made a grocery store run to stock up on snacks. I packed a small ice cooler full of drinks (water, Gatorade...and of course, Diet Dr Pepper!) and put it directly behind the kids' seat so that they would have easy access. We were loaded down with clothing for a full 8 days plus snow gear! Speaking of snow gear, I found great deals on practically brand new items at my local thrift store. I was quite pleased with my findings! I purchased Austin and Abi each 2 sets of snow suits (pants/jump suit and jackets) online in the spring thinking I was getting a great deal because it was at the end of the season! I paid about $40 each for them. I'm from Houston, Texas...we get hot weather...that's pretty much it! What do I know about purchasing snow gear?! So, once I found the full racks of used snow suits at the thrift store I was bummed! There was a way larger selection of kids' items than there was for adults. I was able to find three adult jackets, jump suits, and two pairs of winter water proofed gloves. They also had several pairs of snow boots, but none in the sizes we needed. The most expensive item was one of the jump suits at $8 whole dollars!! So, if you need to make a trip to a snowy place, I highly recommend checking out your local thrift store before paying the ridiculous prices anywhere else!

Once we were on the road, we did our best not to stop until we got to Fort Worth. That was the smoothest stretch of the trip. Texas is big. It is hard to realize how big until you have to travel across it!! We finally had to stop around 12:30am to at a rest stop to rest. 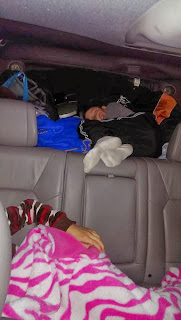 ﻿
﻿
Both of the kids couldn't get comfortable in the back seat; so, Austin crawled up and made a bed on top of the luggage!
﻿
We slept until 2:30am and then headed out again. About the time we hit Wichita Falls, the roads began to get really icy. I suppose it wasn't helpful that a nasty storm was in the process of blowing through. So, we had to slow down dramatically.  Not fun when your trip supposed to take close to 17 hours without stops! There was one road that we drove down that was two lanes, in the middle of nowhere, and covered in ice. A scene that made us all pray that we did not have any car trouble!
At the fist sight of real snow, we made a stop for the kids to make snowballs! 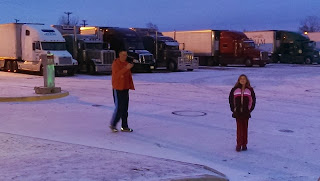 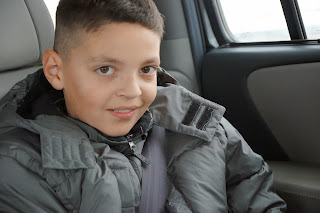 Snow on the ground makes for two very happy kid-o's 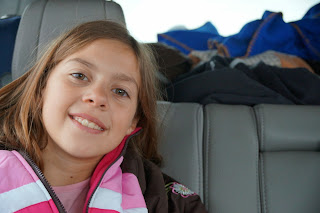 We finally made it to New Mexico before we all came to a mutual agreement that breakfast must take place outside of the vehicles! We found a Denny's...ok, Denny's was really all they had... 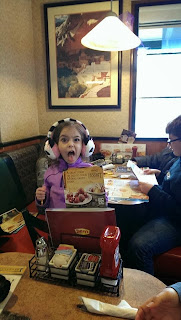 Lyla, caught making a face at me! 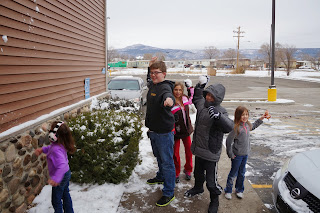 Snowballs outside of Denny's!
Excited to get there already, hit the road. Just beyond the small town of Raton, New Mexico our breath was taken away by this: 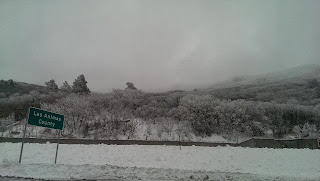 ﻿
﻿
Pictures don't do it justice!
From this point on, the fastest we probably drove was at least 20 miles under the speed limit! Once we were deep into Colorado, we were driving slow enough for me to snap some awesome pictures of the scenery. 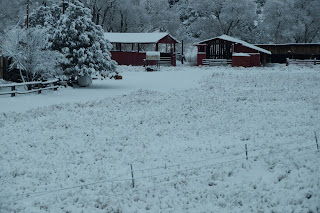 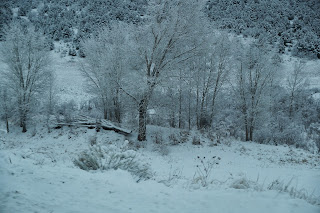 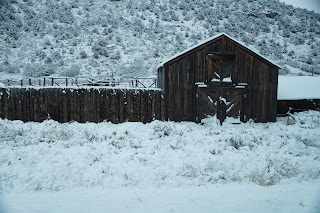 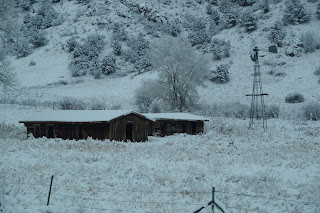 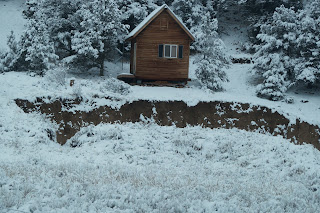 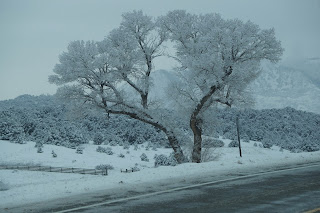 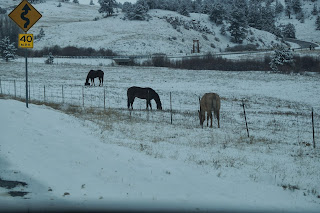 My favorite memory from driving down these twisty, turning roads is Austin's and Abi's reaction to the scenery. Both of them kept gasping about "how beautiful this is!" They could barely contain their excitement of snow! I love that!
I thought they couldn't get anymore excited. But as we got closer to Breckenridge, the backdrop revealed even more allure than before. 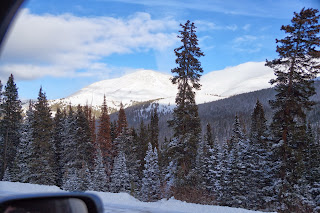 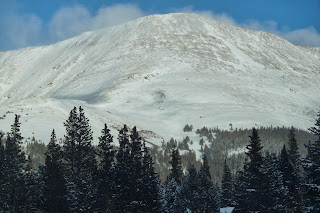 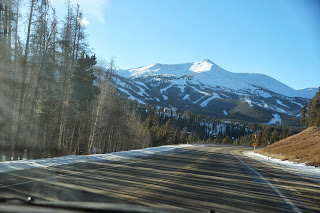 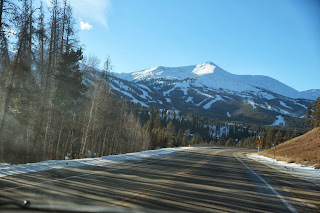 We arrived in Breckenridge, finally, around 2:30pm Saturday! It is stunning. It looks as if a picture came alive out of a travel brochure. 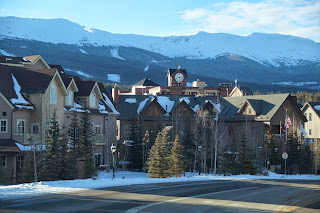 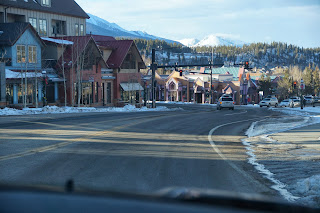 We pulled up to the house that we rented for the week, and again the awe continued! The house is so amazing, it even has a proper name: The Lodge at Snowy Point! It has 5 master bedrooms inside the main house, 4 of which have a fire place in the room. It also has a kids' bunk room, which has been handy with the group of boys. It also has a separate cottage connected to the garage that has been helpful as well! There are two game areas, a media room, two giant dining tables, and two sitting areas. The kitchen is my dream kitchen!! Other than having a fireplace in the kitchen, it also has TWO dishwashers, a bread warmer, THREE ovens, eight burners on the cook top, and three sinks! Who needs that many amenities in their kitchen you ask? Anyone that has ever cooked for a large group of people! The room that Mark and I are staying in has a balcony, a sitting area around the fireplace, and a king size bed. The connecting bathroom has a claw foot tub, a walk-in shower that has six shower heads, and several windows over looking the delightful neighborhood. 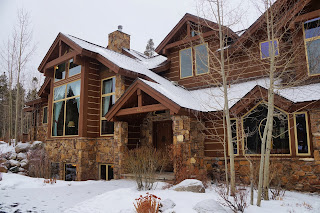 The Lodge at Snowy Point
The Brew-Tines (DeAndre, Elizabeth, and Roman) and the Brewers (Aaron, Georgiet, Zay, and Bastian) arrived just minutes behind us. They flew from Houston to Denver and then rented a car to drive the rest of the way. We toured the house and unpacked, ushering in the effects of the altitude changes. Walking from one end of the house to the other required a break in the middle. I, myself, felt short of breath and a bit dizzy. The one remedy we discovered through a little research is to make sure you stay hydrated. Drinking a lot of water has made a difference.  I retired very early in the evening. I was exhausted! ﻿
﻿