The last couple of weeks have flown by! I can't believe that we have been back to school for 3 weeks now! We have been so busy that our time passes so quickly!

First, Abi started ice skating lessons, her sport of choice for this year. So far, she is really excited each Saturday morning. Though, I won't count my chickens before they hatch because last year when she started gymnastics she was pumped about it for the first couple of months. It was  downhill after that. So, we will see! 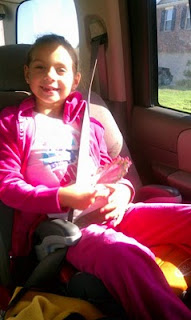 On her way to her first lesson 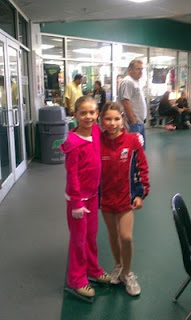 Crystara, an awesome skater and friend, helped Abi find her way around. 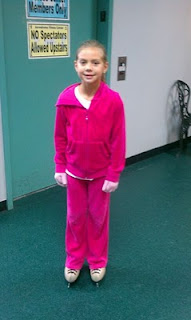 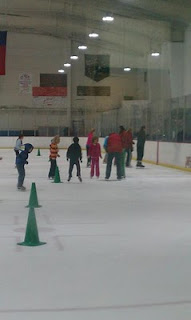 On the ice
﻿Last Friday, September 16, the kids and I started Friday school. Friday school is what we call our co-op through First Class Ministries. We're off to a great start! 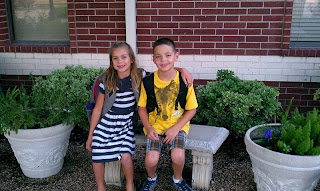 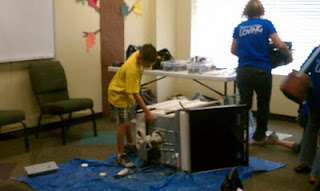 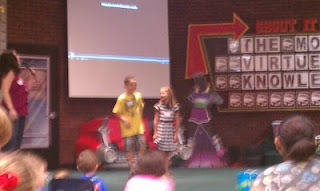 Sorry this pic is blurry, but the kid's were moving while leading worship
Austin had his first official baseball game with his new team ﻿this week. His colors this season are navy blue, silver, and white. That's a big change from red, black, and silver! Kid pitch is also a LOT different from coach pitch...the games move a LOT slower!
We lost. It was a polar opposite type of game than we are used to...we'll chalk it up to the new team trying to mesh. 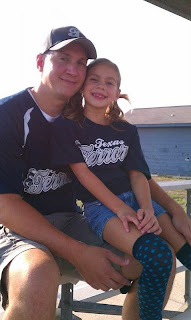 What a daddy's girl 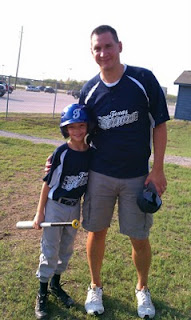 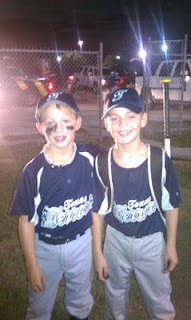 Brazos, here with Austin, played on the Vipers with Austin and is now on his new team 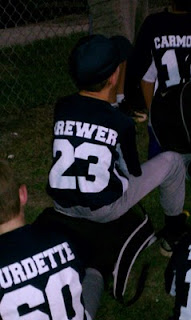 Number 23 like his name sake (Austin Jordan after Michael Jordan)
We got to hang out with a cutie-patootie, Miss Pacey, a couple of times this week. While we were with her, we took a trip to visit her big brother, Luke. Luke is also Abi's best buddy, so it was really a treat for her! 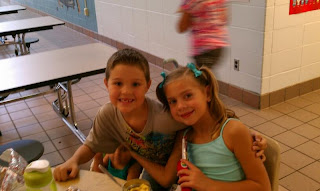 Luke and Abi
﻿
Abi had a birthday party to attend today for Becca, one of her sweet friends. She was on top of the world!!! The party was at 'Sweet and Sassy'. 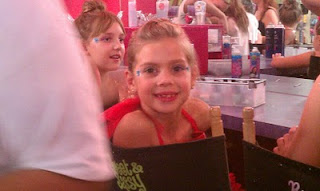 After her haid and makeup 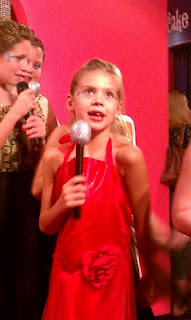 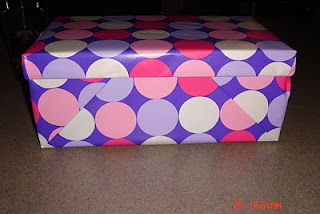 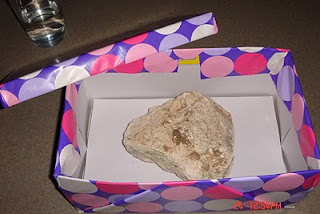 He gave her a rock 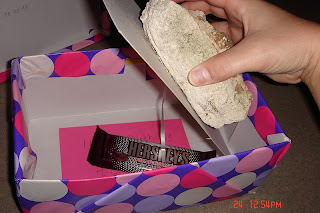 When you lifted the rock up, he had a special little treat 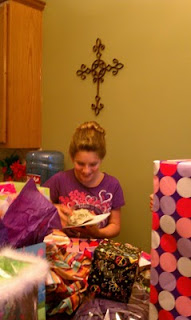 The card read: "You never know what you'll find when you look under a rock!" SO SWEET! 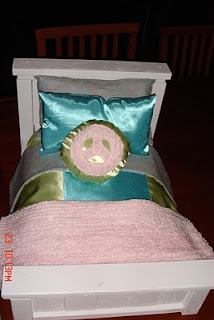 Becca recently got an American Girl doll. It only seemed fitting to give her a bed for her new pal. Mark and I made her this farmhouse bed (plans from http://www.annawhite.com/) and I made the bedding from my fabric stash. I was quite excited when it all came together...I like pretty things!
﻿
Posted by The Brewers at 11:08 PM