It has been a while since I have blogged, I've been blind sided by all of my school work this semester. I actually should be using this time to do, yet, more work...but I just can't conjure up the motivation to keep going today. As a result of having to do too much at one time, I have fallen in love with Audible.com. I bought two of my books on mp3. Now, I can sew and listen to the books I am supposed to be reading at the same time. I love multi-tasking! Mid-terms are coming up, I can't wait to get them over with!
We just passed 'Go Texan Day' (February 26). Austin and Abi of course have to dress the part; after all, they are Austin and Abilene for a reason (they are all Texan!) They looked too cute in their gettup! As a result of all the compliments, I decided to list their outfits on my etsy store. 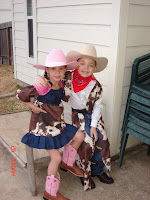 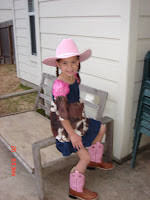 Austin and Abi on Go Texan Day
I also missed blogging about Austin's and Abi's 'friendship' parties (aka Valentine's party). We woke up at Grammy's house on Valentine's day, which the kids LOVED! They love visiting Grammy's house. 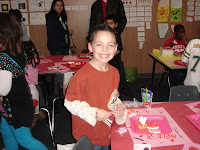 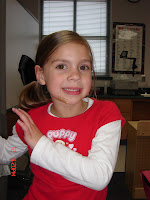 Austin and Abi at their Friendship parties
Mark and I have made the decision to homeschool for sure next year. An issue that we had with Austin about 2 weeks ago, reassured us that we are making the right decision. The incident was as follows: Austin gets off the bus and comes to the front door, his two friends trailing not far behind him. One they got close enough, one of them said, "Austin, you and Pedro made Jacob cry!" Of course, mommy mode kicks in! I start asking questions, "What happened Austin?" Austin proceeds to tell me that Pedro started laughing at Jacob and saying that he had to go to DMC (in school suspension). Austin was laughing at him and teasing him as well. Any of you that know my Austin also know that this is not the same sweet boy that he was before public school. After Austin told me that he teased Jacob, I was pretty angry. Austin said that he was just following what Pedro was doing. So, I sent him to his room and told him to write down ten reasons why picking on someone and making them cry is wrong. Soon after, Mark was home from work. When I told Mark what happened, he instantly loaded Austin into the truck and headed to Jacob's house. He made Austin apologize to Jacob and Jacob's mom. During the visit, he also had the opportunity to point out to Austin that Jacob's mom called him 'baby' just like I do with Austin. I think that hit home, because when they came home, Austin came in and gave me a big hug and said he was sorry. A couple of days later, Mark asked Austin if he had seen Jacob at all lately. Austin said "yes, I saw him on the bus today. Pedro told me to punch him in the head." Needless to say, I'm not a big fan of Pedro!
Anyways, I'm already looking for curriculum, and starting to plan. When my classes let up a little, I am also going to start researching local museums for field trips. In the meantime, survival mode will have to work! And I will keep hoping for more times like these: 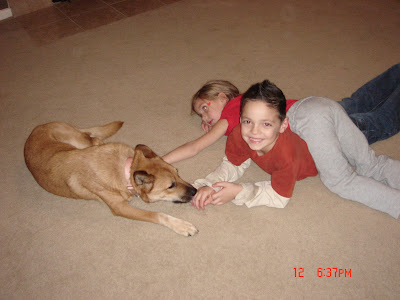 Austin, Abi, and Peaches watching TV
Posted by The Brewers at 6:43 PM

Awesome! I'm so excited y'all are going to homeschool. I'll be anxious to see how it goes for you next year since we won't start for 2 yrs.