Are you ready for some football?

Nothing says fall like football! Oddly enough, Abi actually enjoys football more than Austin (he prefers basketball). After church, we come home and watch the Texans game (even if they stink) together. Austin and Abi decided to have there own game!

We've also had some opportunities to play outside in between the rain and ridiculous humidity. 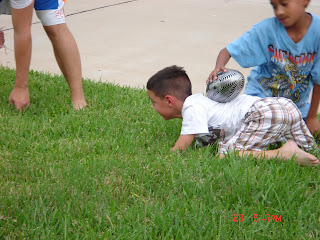 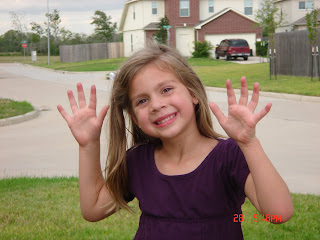 Football in the front yard 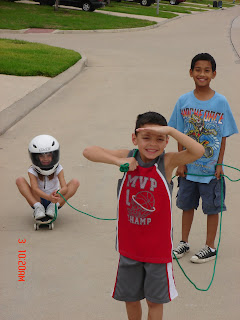 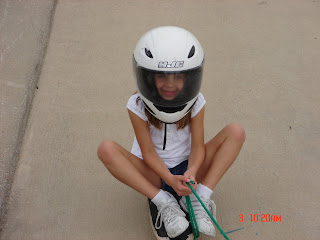 Austin and Alex pulling Abi on the skateboard

Even though the calendar says it's the fall, the weather says differently! Yesterday the heat index was over 100!!! This weekend it is supposed to cool to the 70's, but I'll believe it when I see it...then it's back to HOT! Here's to hoping it cools down soon!