It's already Christmas time again. This year Christmas time has snuck up on me! Time seems to be flying by, even when it's not! Before I get carried away with Christmas details, let's take a look at Thanksgiving 2011 a.k.a Turkey Day: 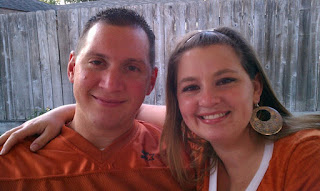 Mark and Me, Thanksgiving Day 2011 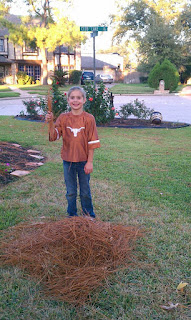 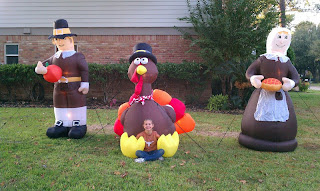 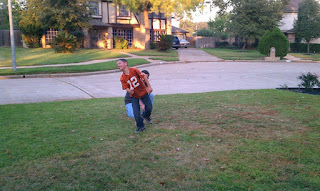 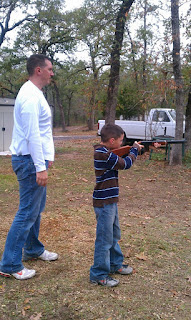 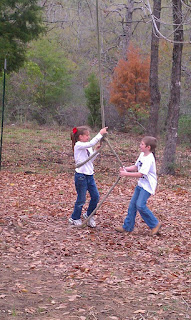 Abi and a friends playing on Papa's rope swing 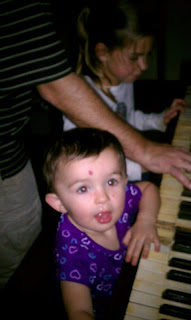 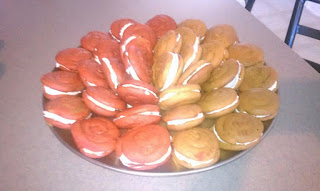 Pumpkin whoopie pies for the Texas vs. A&M party we went to at the Taylors' 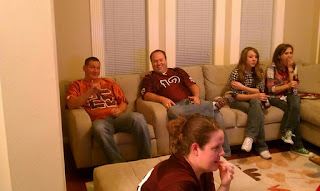 Mark, the Lone Longhorn...lost in a sea of aggies!
Last, but not least...Black Friday shopping!!! As usual, Naomi and I met at Target to get some deals!!! I did NOT like this year's Black Friday operations....midnight just doesn't work for me. Mainly because I'm tired from the hustle and bustle of running around all day. Standing in line for a couple of hours at the end of the day when I am exhausted is not my idea of fun. And BF is usually a lot of fun for me! It's a lot of fun because it's just like coffee shop girl time...the only difference is that you're standing in line with a Starbucks in hand instead of sitting in the coffee shop with Starbucks in hand. Not this year. Our plans were to meet at Target at 10:30pm to get in line for the doors to open at midnight. The first person to the areas springs for the coffee. Naomi made it there before I did, so she got in the drive thru for Starbucks. As cars lined up behind her, she pulled up to the menu...only to be told that they closed at 10:30!!!!! And that she could return at midnight when they reopened. Not cool. ﻿So, our hour and a half wait was without coffee...bummer!
In all the chaos, we have managed to get quite far in the kids' school work. Abi has been working on double digit addition and counting money (which she loves!) in math. Journal, grammar, reading and spelling are going pretty smooth for her as well. Austin is working on long division in math and poetry in English. Spelling is a breeze for him, too! This past week in English, Austin learned how to write a diamante poem. The two opposing nouns he chose were Veggies and Candy. When I asked him for a describing word for candy....his response was high fructose corn syrup!! He is such a funny guy!! 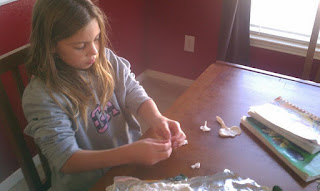 Abi learned about cartligneous fish in science. She made models out of crayola modeling clay. 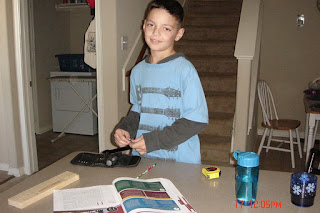 Ausitn learned about screws in science... 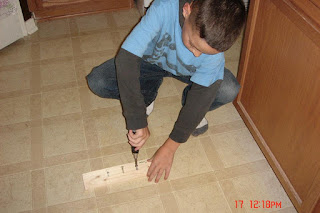 And how the space between the threads determined how difficult it was to screw the screw in. 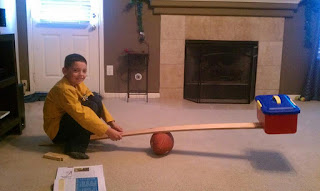 He also learned about levers.
This year for the Christmas season, we have began a new tradition. I was invited to a 'Jesse tree party' along with 24 other women. We drew numbers to determine which day of Advent we would make an ornament for. I drew day 6, a ladder. I made 26 little ladder ornaments. All the other women did the same. Then we exchanged all that we made so that each of us would have an ornament for each day. We made an extra set for a family in need. It was a fun and crafty thing to do. It was right up my alley! We have a devotional that we read together as a family each night and then open the wrapped ornament to hang on our tree. The devotion is meant to prepare our hearts for this season, the season of celebrating the birth of Jesus, the Savior of the World. 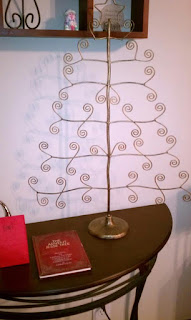 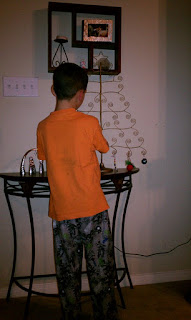 '﻿
This year's Women's banquet has come and gone as well. The theme of the banquet was 'Holly Jolly Christmas' with the comedy from Michelle Thomas. I shared many laughs with close friends. I also decorated a table again this year. In the planning of how I was going to decorate it, I became mesmerized by peacocks!! Funny, I know...but really, the peacock is such a beautiful creation. The  color of the bird from feathers  to it's breast are so breath taking! ﻿So, you guessed it! I decorated my table in peacock feathers! Although I broke the perfect vase for this table the day before the banquet, I was still pretty happy with the out come! 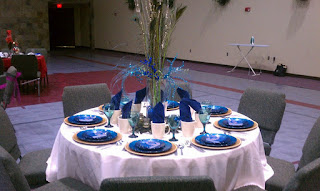 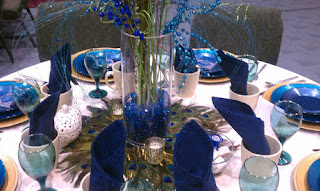 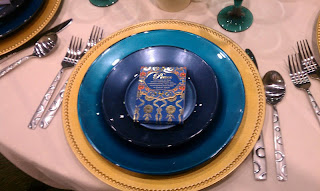 I couldn't find any plates that I saw fit to go with the idea in my head. So, I purchased plain clear glass plates, painted the backs of the plates with metallic acrylic paint, and then sealed the paint with polyurethane.
Posted by The Brewers at 1:08 PM