It's true! I have been slacking in the blogging department, but not in the living life department! If you're wondering what we've been up to the last month, take a peep: 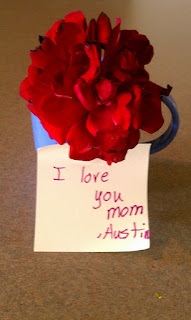 First, a couple weeks ago, I walked out of my room into the kitchen to find this note and flower from my favorite little boy! I love that sweet boy!
﻿
This year our church's fall festival fell on Sunday before Halloween. We entered our trunk into the trunk or treat as a mouth this year. Mark was a toothbrush and I dressed up as a tube of toothpaste. 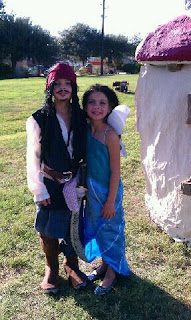 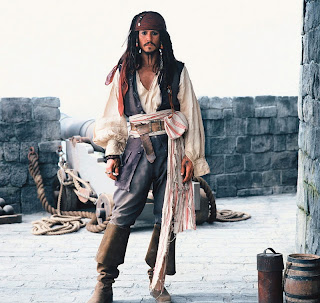 The real Jack Sparrow...or is it? 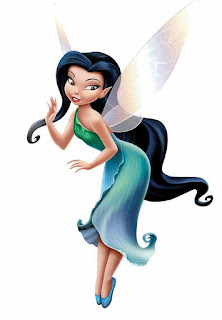 Silvermist has several different costume options. This is the costume that I copied.﻿ 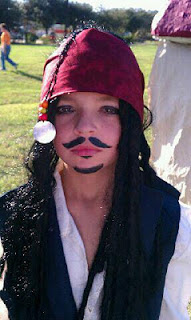 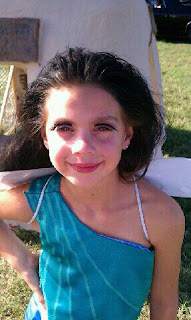 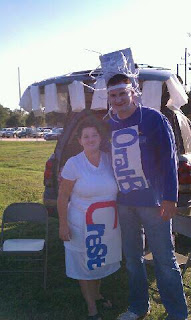 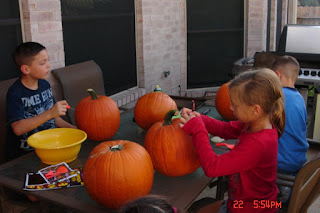 This year we carved pumpkins with the Bender family. 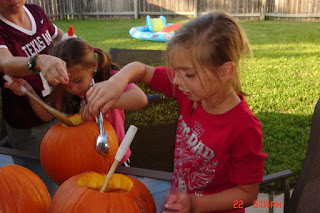 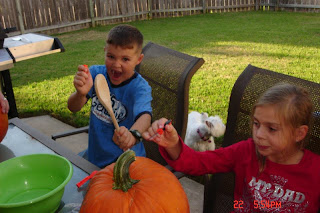 Luke and Abi had their game faces on!
Our co-op, Friday school, ﻿had a scarecrow contest. This is the Brewer family scarecrow: 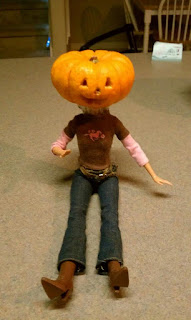 Even Barbie needs a scarecrow in her corn fields!
In October, the kids and I had two field trips. The first was to the Houston Zoo, which is free on the first Tuesday of each month. We like to take advantage of anything free. To top the deal off, ﻿the weather was absolutely BEAUTIFUL! We packed a picnic  to have in the park before we went into the zoo. We rode the train around Herman Park where we found a picnic table near one of the playgrounds. One of the memories I will cherish from that excursion is feeding the squirrels. When we first sat down, one squirrel approached us. Austin tossed a Cheetos out to it and it sat there staring at us as it munched! Before we knew it, 3 more squirrels has surrounded us!! The kids and I were laughing so hard. I have a mental picture of both of them laughing uncontrollably! That is the memory I will remember forever! 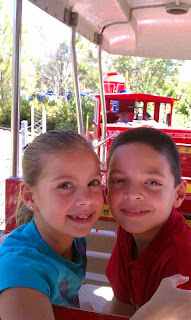 First time to ride the train at the Houston Zoo﻿ 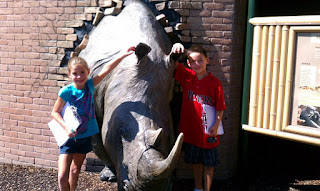 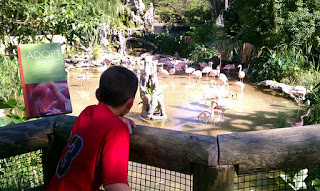 Our second field trip was to the Houston Museum of Natural Science, which also happens to be free on EVERY Tuesday! We, again, packed a picnic and headed for Herman Park. We chose a different section of the park this time. And it was  breath taking beautiful! The kids had so much fun running around, climbing on vines, and watching the birds fly around. 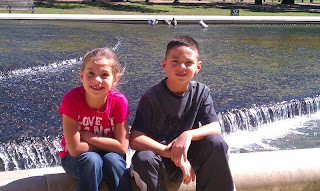 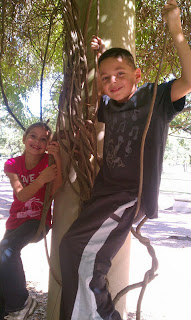 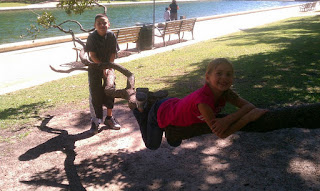 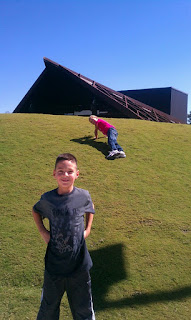 At the Miller Outdoor Theater, the kids rolled down the HUGE hill!
We did eventually make it into the Museum, but my camera died just after I snapped a couple of the kids riding the space simulator. Abi was really afraid to ride it. She even made the guy stop it so she could get off about 10 seconds after it started!﻿ 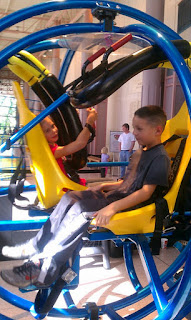 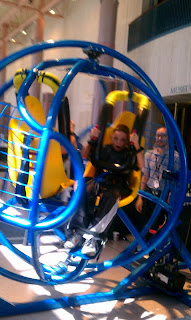 Austin's face is priceless here!!!
﻿We took a third field trip in November with our co-op to the Annual Renaissance Festival. We checked out some books about the Renaissance Era fromt the library before going to give the kids an idea of what the festival would be like. Both Austin and Abi had a blast. Abi said a couple times, "This is the best day of my life!" 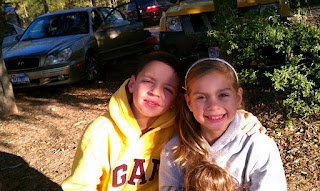 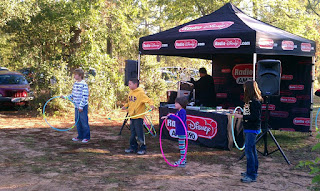 Radio Disney got us pumped be fore going in! Austin, in the yellow sweater, entered a hula hooping contest.
﻿ 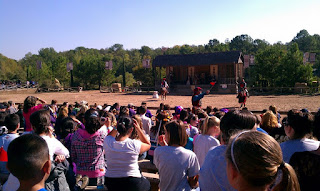 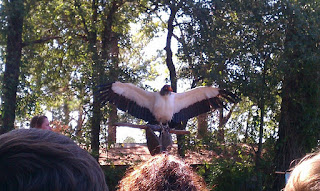 We saw and learned about "Birds of Prey", This was one of the vultures on show.
﻿So, as you can see, we have been VERY busy...and I didn't even include all of the pictures! This semester has been so much fun! I'm looking forward to the holidays now!!!!
Posted by The Brewers at 11:57 PM