More than I Thought

This past week or so has been so busy. There were times when I wasn't sure if we were coming or going! Last Tuesday (Sept. 14) Mark and Austin went with Mark's dad and brother to the Astros game. They had a lot of fun on their guy night; Austin was given a foul ball by an Astros staff member, which made his day. He also got his baseball glove autographed by one of the pitchers. 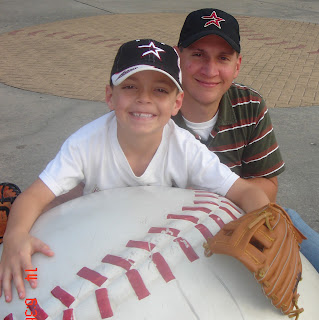 My oh-so-handsome-boys!!!!
While the boys enjoyed their guys night, Abi and I enjoyed some much needed bonding time! Girls night started at gymnastics practice, then to dinner for two at Texas Roadhouse Grill, then we went to Bath and Bodyworks for some smelly treats, then to Target and Famous footwear- Abi tried on all kinds of shoes- we just went from store to store in the shopping center!!! She talked about it for days afterwards! 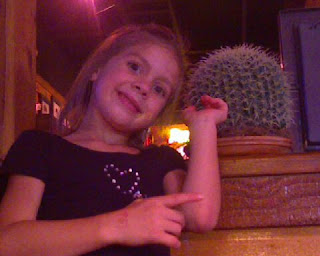 Abi touching a cactus at dinner to show that it was fake! 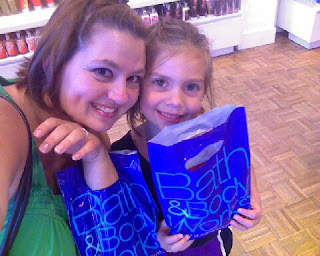 Me and Abi at Bath and Body, after treating ourselves! 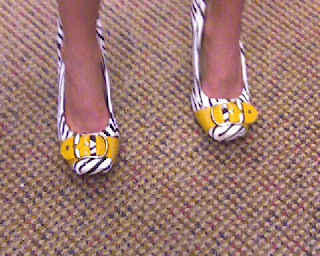 Some of the crazy shoes Abi tried on! 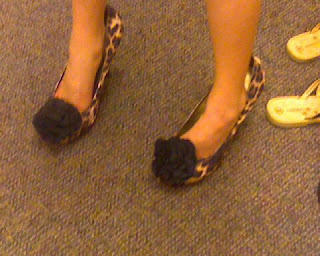 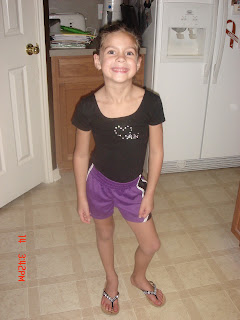 Gymnastics week 2, in the special leotard we be-dazzled together!
Austin also started his Anatomy and Physiology class last Thursday (Sept. 16). He came home super excited about the things he learned and about what he was going to be learning. This was the product of his first lesson:  a CAKE, decorated and labeled like a cell. The family sure enjoyed his lesson also!  Even better, he remembered all of the parts of the cell. ﻿ 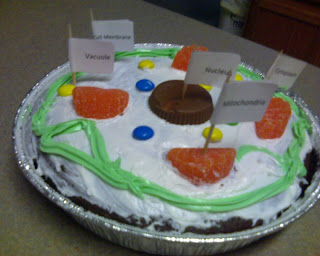 Austin's cell
This past Monday (Sept 20) the kids and I decided we were in the mood for some pumpkin cheesecake. So, I brought out my recipe and let the kids go through the ingredients to see what we had and what we needed to get from the store. Austin was in charge of wet ingredients and Abi was in charge of dry ingredients. Each made a shopping list, and were responsible for making sure we got the items at the grocery store. Both Austin and Abi each made their own:
DOUBLE LAYERED PUMPKIN CHEESECAKE
1 8oz fat free cream cheese
1 8oz regular cream cheese
1/2 cup splenda
1/2 teaspoon vanilla
2 eggs
1/2 cup pumpkin puree
1/2 teaspoon cinnamon
pinch cloves
pinch nutmeg
frozen or homemade pie crust
fat free whipped cream
Preheat oven to 350. Mix cream cheese, splenda, and vanilla until creamed evenly together. Add eggs one at a time. Scoop out a cup of mixture and spread in the bottom of pie crust. Mix pumpkin and spices into remaining mixture in the bowl with spatula. Spread pumpkin mixture evenly on the first mixture. Bake for 30-40 minutes (cover pie crust edges with foil for first 25 minutes to prevent burning). Cool to room temp, then refrigerate for 3-4 hours. Add whipped cream before serving. 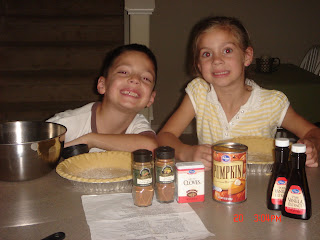 Austin and Abi with their game faces
This past Thursday Austin had his second A&P class, they started the skeletal system. His teacher brought a plastic skeleton named Fred. Austin and Cameron made their very own Fred Jr. Another successful class!!! 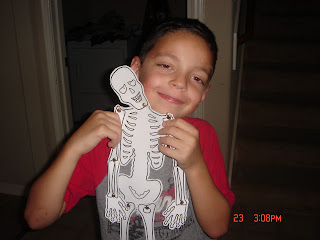 Austin and Fred Jr.
We also made blue goo for our science experiment. 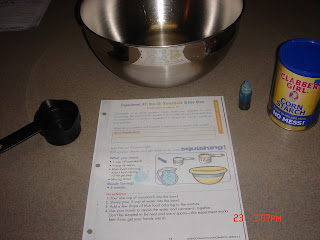 Today, Friday (Sept 24) was our first Co-op experience. The kids and I were both nervous about the whole adventure, but we registered and put our best attitude forward. We were all glad that we did. Each of us had a great time. Austin is taking 3 classes: Little House in the Big Woods unit study, US Geography, and Elementary Science Experiments. Abi is also taking 3 classes: Hands-on math, Little House in the Big Woods unit study, and Children's choir. I am assisting in two classes: US Geography and Creative Crafts. Austin actually woke up very grumpy because he didn't even want to go. At the end of the day, Austin was running down the hall in excitement to tell me about all the cool things he did. They made butter in the LHitBW unit study and blew up balloon by mixing ingredients and making a gas in the science experiment class. Needless to say, we will be returning next week. We certainly enjoyed it a lot more that we thought we would.
Posted by The Brewers at 8:56 PM