Okay, so nothing really exciting has been happening around the Brewer casa lately. I just finished sewing two outfits for a friend, and will be packing up my sewing machine tomorrow. What can I say, I need to reclaim the dining room for Thanksgiving! I have this nice big spare bedroom that is not being used because I have not found the perfect sewing table to put in there! Maybe at the end of the semester I can focus more on finishing that room. 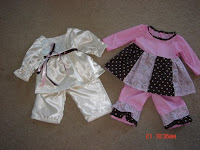 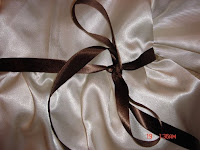 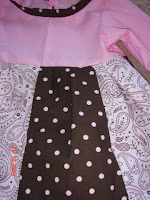 Well, Abi has had a good week. She is a little stinker as usual...I recently found out that she will be returning to preschool for two days a week next semester while I go to class. Which will be good for her. Almost every day she asks if a friend is going to come over and play, and is GREATLY disappointed if the answer is no! She is really into drawing and art work lately. She even insists on taking a note pad and pen in the car with us so that she can draw. While practicing writing her full name, Abilene instead of Abi this week, she told me that she would not be able to make the letter 'l' without a ruler. She keeps me laughing! 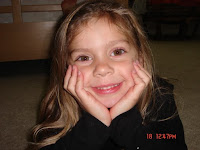 Austin is doing well. He took his math and science benchmarks this week. In a discussion about his science benchmarks he said, "mommy, did you know that most of the kids in my class think that a dolphin is a fish; but it's not, it's a mammal." And recently, I got the full life cycle of a chicken egg! He may resist learning...but he soaks it up, and even better, remembers it! 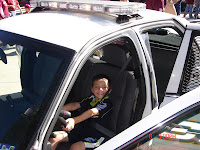 Mark is doing great too. He is doing well at work, still enjoys his job! He has been busy with lots of stuff going on at church. Most of you know that we lead a small group...well, for the holidays, our group is going to be hosting a 'family movie night'. He has been organixing that. He also is on the worship planning team committee which meets every Wednesday before AWANA. After that meeting he hikes upstairs to help me with our 6th grade boys group. Also, this week he received a call asking if he would like to be on the adult ministries committe. I could go on and on about all of the things Mark feels driven to do, but let's just stick with saying that he is VERY busy!!!! On top of all that I have a honey do list a mile long of things I would like to have done before Christmas comes! Poor guy, I don't know how he's still standing! Wow, he's great!
Posted by The Brewers at 9:55 PM